Exodus to Manila, Pilgrimage to Tacloban

675 refugees aboard a USAF-C17 flee Tacloban

As people continue to leave the typhoon-stricken city of Tacloban, many more people come in either trying to look for their loved ones or just simply trying to help. Docks and ports have been brought to its breaking capacity as trucks and other aid goods arrive, boarding Ro-Ros and light amphibian vehicles.

“We’re using everything we’ve got. Boats, submarines, bancas – as long as it can traverse water, we’ll use it,” says Sorsogon Mayor Sally Lee.

the Euro Star, a high speed train going through the Channel Tunnel 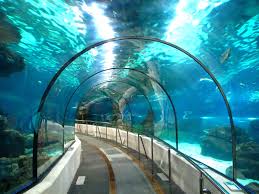 a view inside the Channel Tunnel

from UK to France, through the English Channel

Asked further if there were even funds available to make such a project a reality, the Mayor answered, “Are you kidding me? Of course funds are always available. Our motto in government is: if you can think it up, the citizens can fund it,” the Mayor said without batting an eyelash. “So of course there’s always funds available for projects such as these. It’s just that sometimes there are other projects that are prioritized,” she added. Asked what these were, she said cryptically, “Oh you know, the usual.”

On the way to Tacloban (aboard a Huey) this reporter met Ms. Anne Tong Hors, a Filipina German who was part of the Red Cross contingency; and was told that she was making this trip as a pilgrimage of faith.

“Others are sending money, goods, clothing, canned goods. Well, I am sending myself. I think that beats all doesn’t it?” she asked rhetorically. “There, on top of dead bodies and debris, I will offer myself to the Lord, spiritually, mind you, and give homage to His wisdom in allowing this event to happen.”

Prodded further on what she meant by this, Tong answered, “Well, it’s obvious isn’t it? This is God’s will and if it is God’s will, then that means this tragedy is a blessing. We’re all so lucky to have been blessed by God,” and as if providence commanded, lightning streaked across the sky, barely grazing the Huey we were riding.

Meanwhile, as reports come in that a deluge of refugees will soon be arriving in Manila, local governments in the nation’s capital have prepared both jobs and housing for the poor refugees. Former Quezon City Rep. Annie Rosa Susano even texted Neal H. Cruz of the Philippine Daily Inquirer assuring him that she’s offering 10 hectares of her family’s property in Montalban Rizal as a site for temporary tent cities or bunkhouses. Market stalls for use in livelihood are also awaiting the refugees, free of charge!

Christmas it seems, have come early to Taclobanons, courtesy of Yolanda.

Hearing the news, informal settlers in Quezon City were disappointed.

“Sana kami na lang yung binagyo. Nabigyan pa sana kami nang matitirhan at mapag-kakakitaan,” complains Mang Isko, a long-time informal settler in the city. (I wished it was us that got hit by the typhoon. Then perhaps we would have been given a place to live and a source of livelihood, too)

Others, seeing opportunity where there was ruin, have begun packing their bags and breaking up their shanties. “Dito walang pagkain, doon meron,” says Hawa Isyatato, one of Quezon City’s hundreds of pauper princes. [Here there is no food, there (Tacloban), there is]

So as the exodus to Manila begins, so does the pilgrimage to Tacloban start.

photos courtesy of US Air force, dailymail.co.uk, wonderopolis.org, and okeanosgroup.com, respectively. no copyright infringement intended. pls message me for takedown.